Thank you very much indeed for taking part. We’ve had more votes than ever this year, which is proof indeed of the superb acting talents that reside within this phalanx of five fluffy felines. I’m delighted to reveal that we have an outright winner – a candidate who has so far outstripped the competition as to leave them gazing skywards while her starship exits the solar system on her way to the Andromeda galaxy (she’s been told it has a catflap). 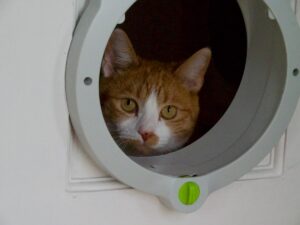 Many congratulations to Ariel, whose brilliant nominations seized the top three slots overall. The official results are as follows:

(You can view all this year’s nominations here).

When presented with the iconic Golden Fir Cone, Ariel confirmed her status as a Hollywood legend by uttering the most newsworthy quote of the year: 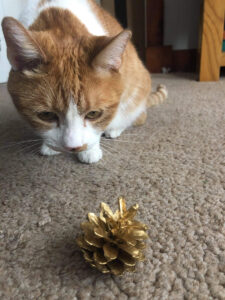 ‘What the heck is that?’

Ariel will be pleased to respond to enquiries from media outlets.  I can exclusively reveal that she is working on a re-make of The Prawn Identity, which will involve a lot of unprecedented seafood-related action.  Go, Ariel!  Meanwhile, chez Ponyo and Angel, and Purdey and Clyde, there was a deafening silence which we can only interpret as speechless admiration. 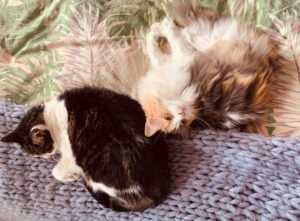 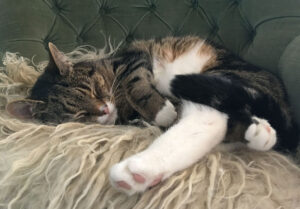 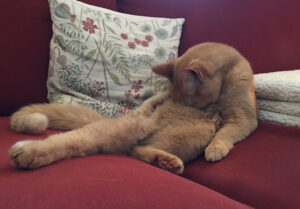 On behalf of them all, thank you again for voting!