‘Storms upon storms in quick succession crowd,
And o’er the sameness of the purple sky
Heaven paints, with hurried hand, wild hues of every dye.’

This morning I came across one of my favourite poems by John Clare. Entitled ‘November’, it perfectly evokes the kind of weather that we’ve been having all winter: a seemingly endless series of storms, bringing rain, sleet, hail, or a combination of all three. I stood and photographed the view to the north-west as another shower rode up towards Loch Melfort, trailing murky tendrils across a band of turquoise, while the rising sun behind me lit the clouds and the sea in a lurid and slightly other-worldly shade of rosy grey.

Blue sky, for the last few weeks, has been at a premium, and on the few days when the elm and beech trees stopped flailing around, their entire trunks swaying rhythmically in response to the gusts, we went outside and marvelled at the strange sense of calm. The seas, however, have been magnificent: row upon row of white-topped waves scurrying, with mesmerising regularity, up through the channel between the small islands and hurling themselves in an explosion of white foam against the breakwater at Craobh Haven. We’ve ventured down onto the jetty to watch the sun gleaming like steel on the water while the wind dropped for a few seconds to catch its breath, and then we’ve run for cover as hailstones pelted down from an angry sky. 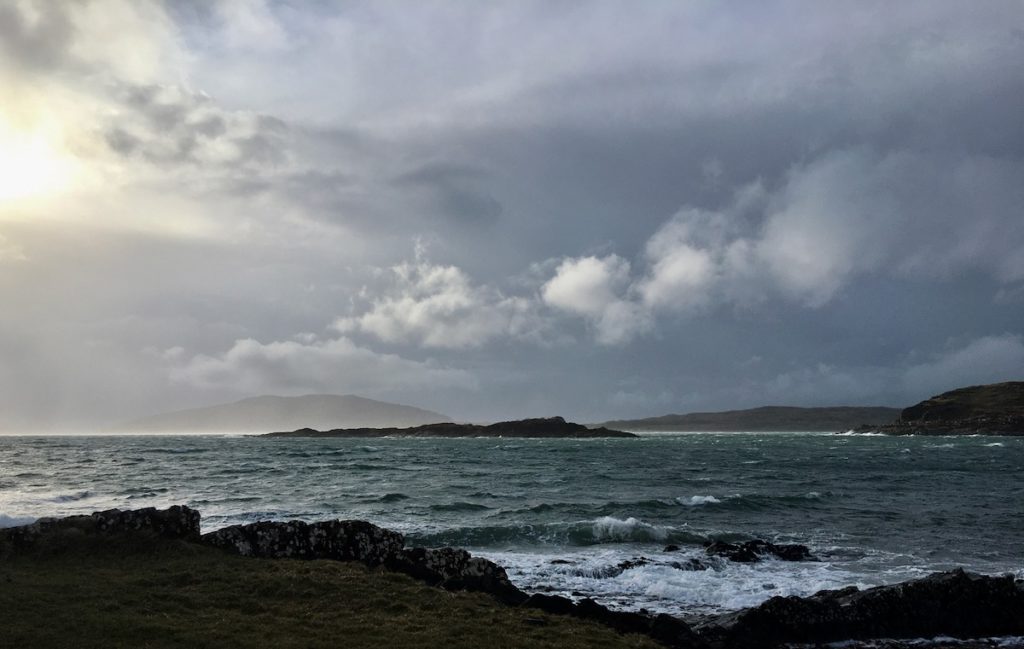 A few days ago, encouraged by some welcome sunshine, we took a trip down to Knapdale, following the minor road that winds around from Tarbert to Kilberry in a kind of loop. If you didn’t have a map, you would be forgiven for thinking you were never going to get anywhere. This is a quiet place, with restless seas on one side and a soft, rain-drenched landscape on the other; occasional farms and cottages, small isolated chapels, and standing stones lurking defiantly in every other field. The ground was waterlogged with rain, but still there were signs of spring: daffodils about to open, pussy willows in bud, and hazel catkins, dancing joyfully as they always do, no matter how cold and harsh the wind. 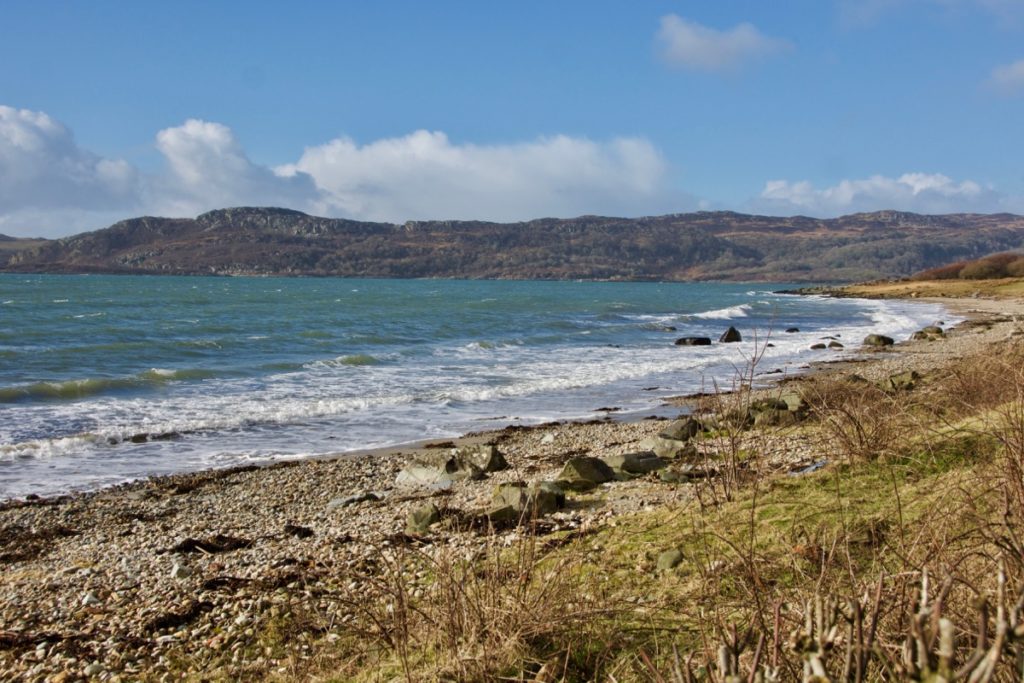 After Kilberry we stopped and marvelled at the waves rolling in, translucent in the sunlight, pounding the unyielding boulders of black basalt; we skirted Loch Caolisport almost as far as Ellary… but by this time the sky had been smothered by another fast-moving storm. Grey clouds, muscling in like a relentless army, quenched the sunbeams that were fleeing northwards and soon enveloped us in curtains of rain. The downpour battered the car as we made our way homewards, grateful in retrospect for the brief window of blue. 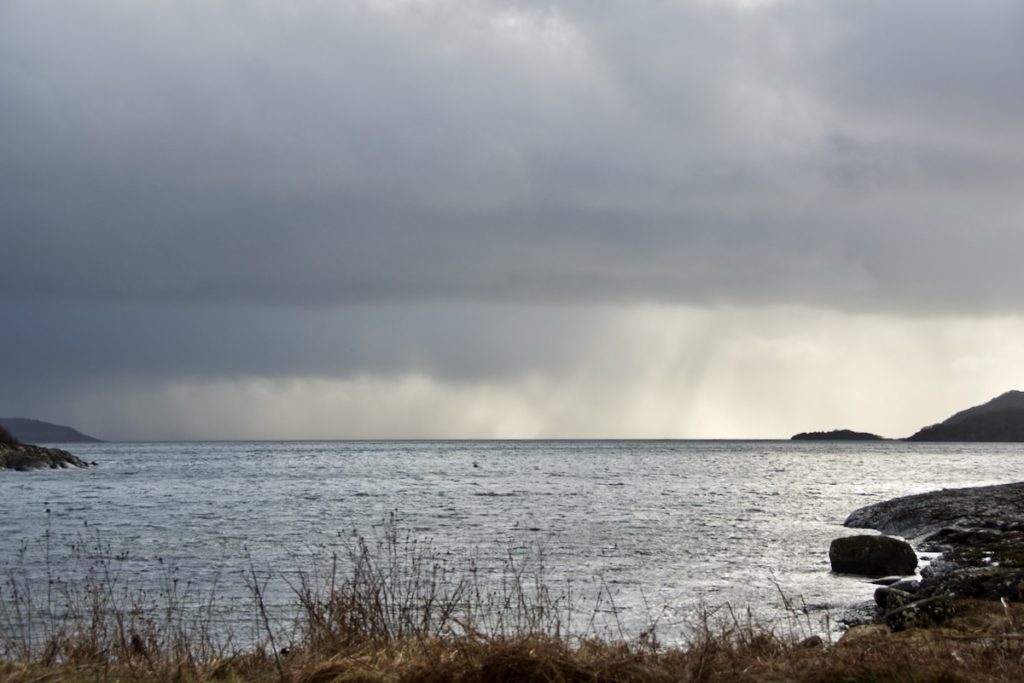 This morning, a respite, and some hope: sunshine, only occasional showers, and what the Met Office optimistically calls a ‘fresh breeze’. The goldfinches are impatiently awaiting another order of seeds, like guests in an unreliable restaurant. Throughout all these storms they have clung cheerfully onto the feeders, squabbling with each other and with the chaffinches and siskins, who are also hanging around in hope. The buds on the lowest boughs of the wych elms are swelling, and the robins and thrushes are in full voice, finding joy in things as yet unseen. Which reminds me that I have a book on birds to write, and some more reading to do… but there are also islands waiting to be visited, beaches to be walked, and my feet are looking forward to the feel of warm sand.