One of the most colourful sights of late summer is rosebay willowherb, lining our roadsides and railway embankments with a profusion of blooms in vivid pink.   To me, the appearance of this wild flower signals the end of summer:  tall spikes lit by the evening sunshine, followed soon by clouds of gossamer-soft seeds, floating like fairies on the balmy wind.  (This year, they’re more likely to be stripped away by yet another squally rain shower!) 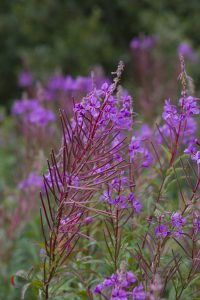 I was interested to read that rosebay willowherb was considered to be quite uncommon before the twentieth century.   A lovely short video from the BBC describes its escape from cottage gardens into the wild:   “To the nineteenth century gardener, rosebay willowherb was a beauty.  Tall and elegant, with flowers of orient purple…”

The plant’s ability to rapidly colonise waste ground, in particular places devastated by fire or bombing, led to its being called ‘fireweed’ or ‘bombweed’ during the World Wars, and it was soon seen as a nuisance rather than an attractive border plant.

This is a shame, I think, because the flowers are lovely, and they are also a late source of nectar for bees and other insects.  These pictures were taken a couple of weeks ago around Loch Leven, when the bright pink blooms made a lively display against yellow ragwort and brilliant red rowan berries. 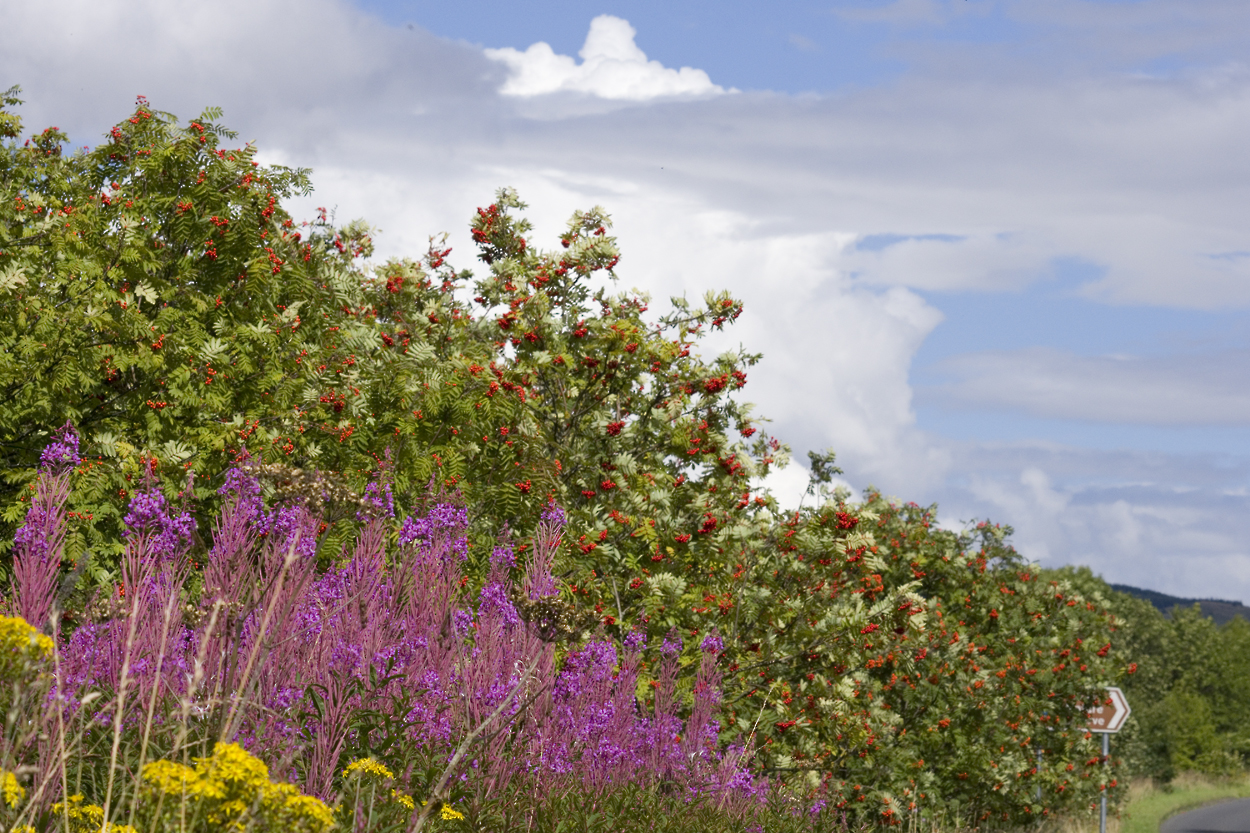 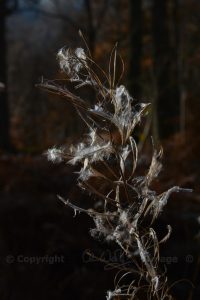 By contrast, the seeds (right) were photographed a few years ago, at Killiecrankie – a different atmosphere entirely, with the chill of winter already settling into the dark woods there.  In the stillness of that place, the seed heads seemed like the ghosts of a summer long gone.

There’s not a lot of folklore about rosebay willowherb – perhaps it hasn’t been around as a wild flower for long enough – but it’s interesting to read of a superstition that warns against picking them, or a thunderstorm will ensue.  I’m guessing this was a fairly safe bet, as late summer heat often leads to a thundery downpour.  Or at least it used to… this year seems to be re-painting our visions of summer in shades of watery grey, and there are already some splashes of gold among the trees.  Will we have a mellow start to autumn, or are we going to slide straight into winter?