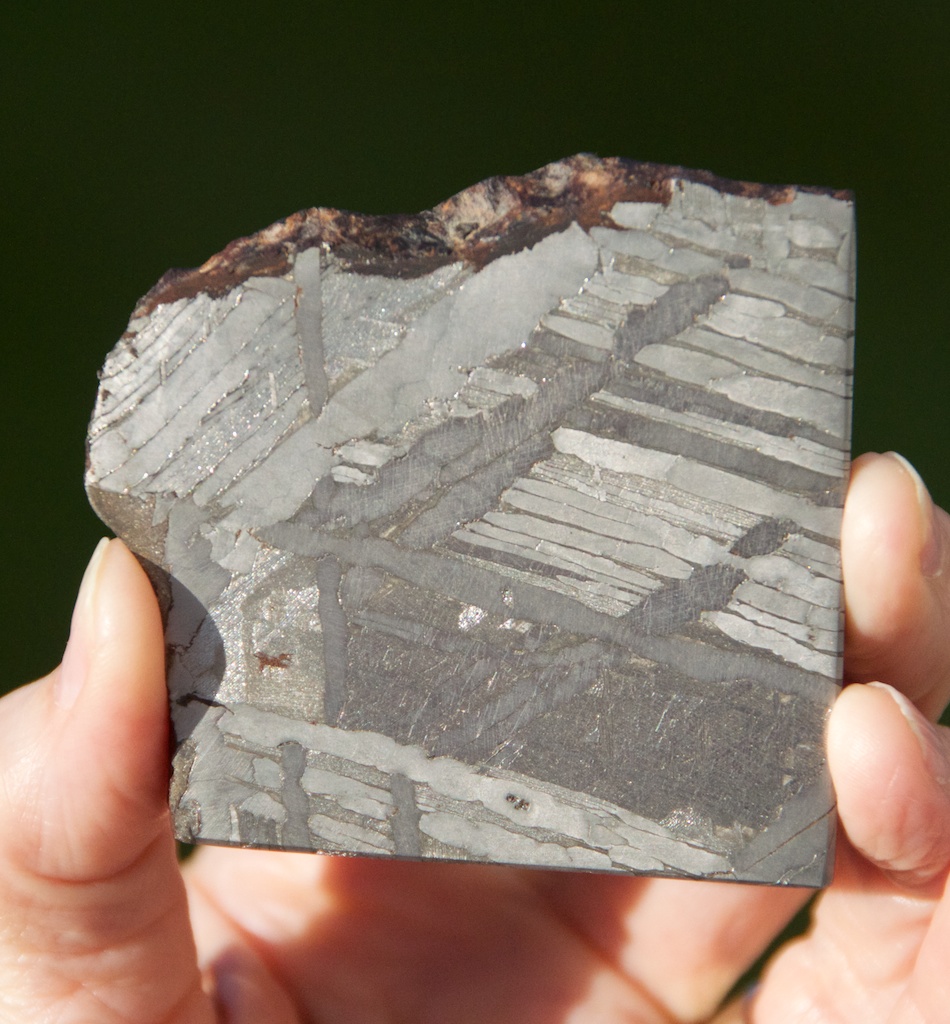 My next slice of geology is one of my most prized possessions.   It is a thin section of an iron meteorite, cut so that it displays a feature called Widmanstätten lines.

Looking like a street plan of some futuristic city, this is a crystalline pattern unique to nickel-iron meteorites.   These big crystals are not usually found in metal, and cannot form on Earth.  Why?   Because they are the result of intense heat, followed by a period of extremely slow cooling;  and I do mean extremely slow.  This lump of iron, which may once have been part of an asteroid, has been cooling at a rate of about 1°C per million years.

The presence of Widmanstätten lines therefore proves that the stone in your hand is of extra-terrestrial origin, and was probably formed millions of years before the Earth itself.   How mind-boggling is that?

The crystalline formation was first discovered in Naples in 1804 by an English geologist named William Thompson;  four years later, an Austrian Count called Alois von Beckh Widmanstätten also noticed the effect, while flame-heating iron meteorites.    Because Thompson’s discovery was not widely known, the pattern was named after the Count. 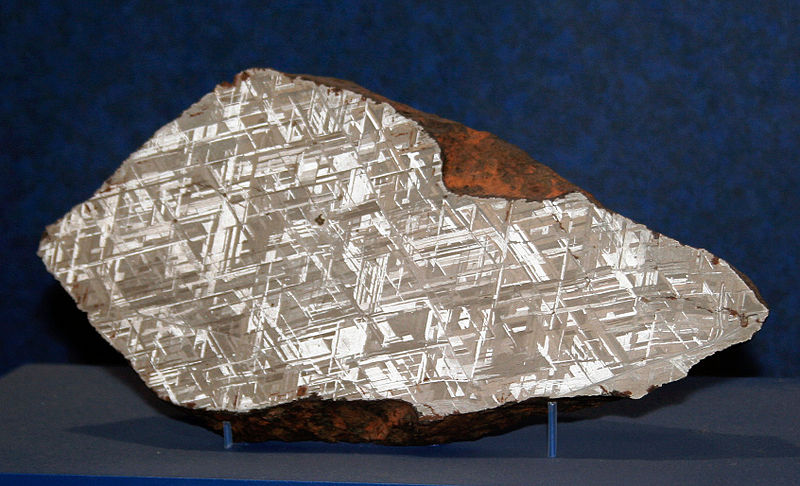 The Alvord meteorite, found in Iowa in 1976 (image via Wikimedia)

If you are interested in the constituents of the meteorite, it contains the alloys kamacite (which has a low nickel content) and taenite (rich in nickel), along with a compound called plessite.  The percentage of nickel determines the breadth of the lines.

In order to display the pattern, meteorite collectors slice the rock, and then treat it with a solution of ferric chloride or nitric acid before washing and polishing it.

Mine is just a small piece compared to the many magnificent specimens that exist, but I still get it out every now and again and try to imagine how old it is. 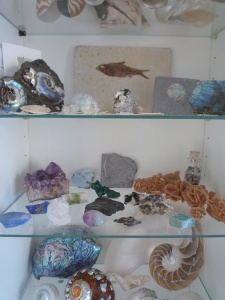