As you drive down the A83 south of Inveraray, you might – just – spot a small signpost pointing into the woods with the words ‘Historic Bridge’ painted on it, before you whizz past and decide that stopping isn’t really an option.

Then, on the way back, you don’t see it at all, and you forget about it until next time.

This has happened to us more often than I care to remember, but yesterday we finally parked on the roadside and walked down to the bridge.

And what a little jewel it is! 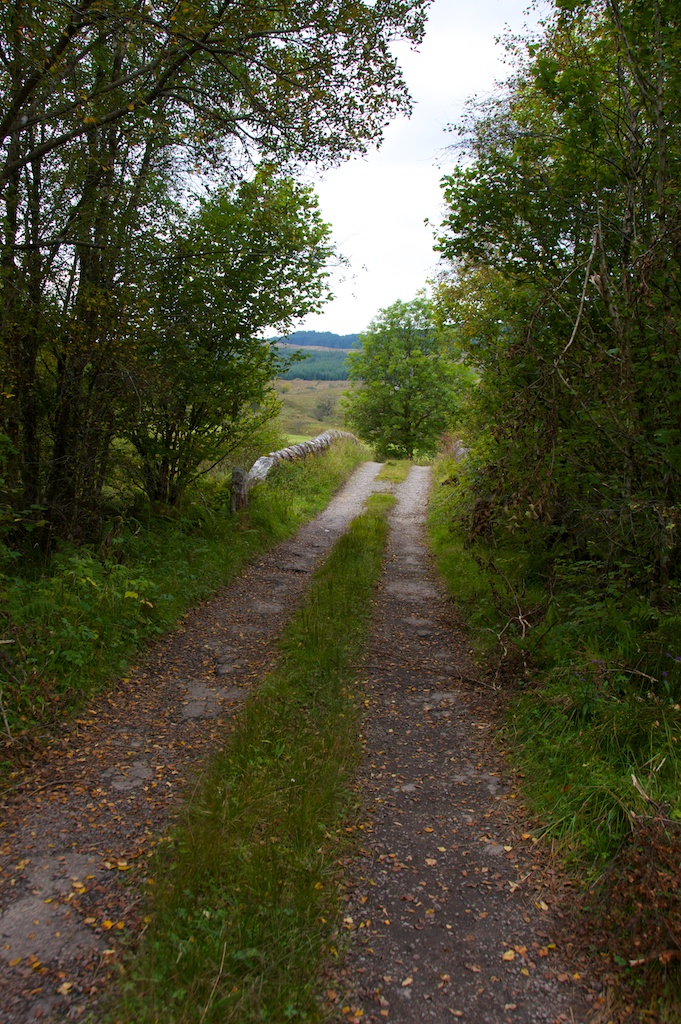 Its proper name is Brenchoille Bridge, because the track leads to Brenchoille House (also spelt Brenachoille and Brenchoillie).  A rather faded sign next to it says that:  “This small two-arched bridge over the Leacann Water, constructed during the last quarter of the 18th century, may have been inspired by Mylne’s design of 1773 for the bridge across the Aray at Inveraray.   The bridge is constructed of rubble masonry and lime mortar, and the farm road it now carries once served to link the main road with all routes from Lochaweside.”

This appears to rule out my first suspicion, that the bridge might have once carried a military road.  It seems that General Caulfeild’s road, built in the mid-1700s, only went as far as Inveraray.

“E and W segmental arches of slab voussoirs span 4.6 m and 4.3 m to a central pier with triangular cutwaters N and S.  Central circular recesses on both sides.”    ‘Argyll and Bute‘ by Frank Arneil Walker 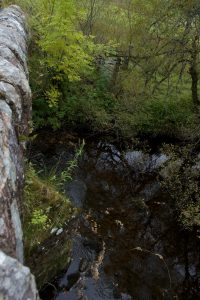 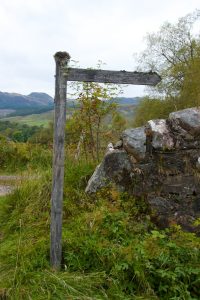 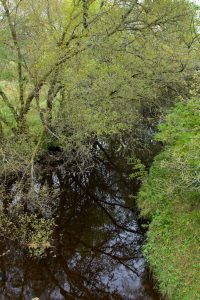 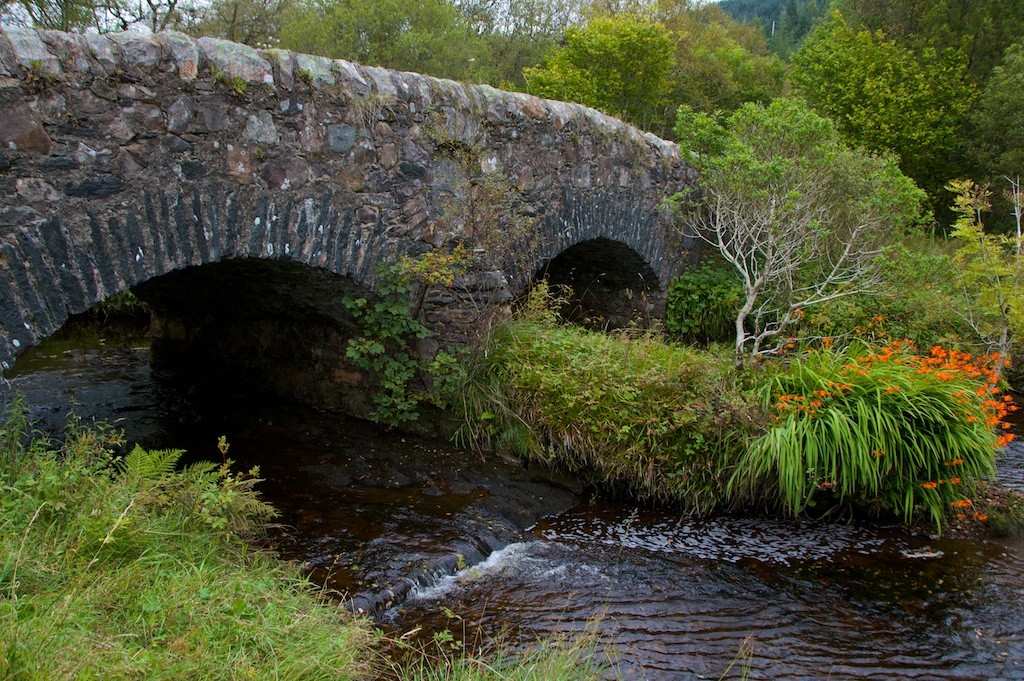 The bridge was repaired and re-pointed in September 1993.   Over the years, a natural garden has formed in the lee of the central cutwater, and this little island now provides a home for a small mountain ash, a holly bush, and some vibrant orange montbretia, which is probably a garden escapee.   Meanwhile on the parapet of the bridge, a rambling rose has produced some glowing red hips, and little ferns are flourishing in the crevices.

The Leacann Water, which emerges from Loch Leacann in the hills above, was idling along yesterday after a period of dry weather.  It has only a mile or so to go before flowing into Loch Fyne at Furnace. 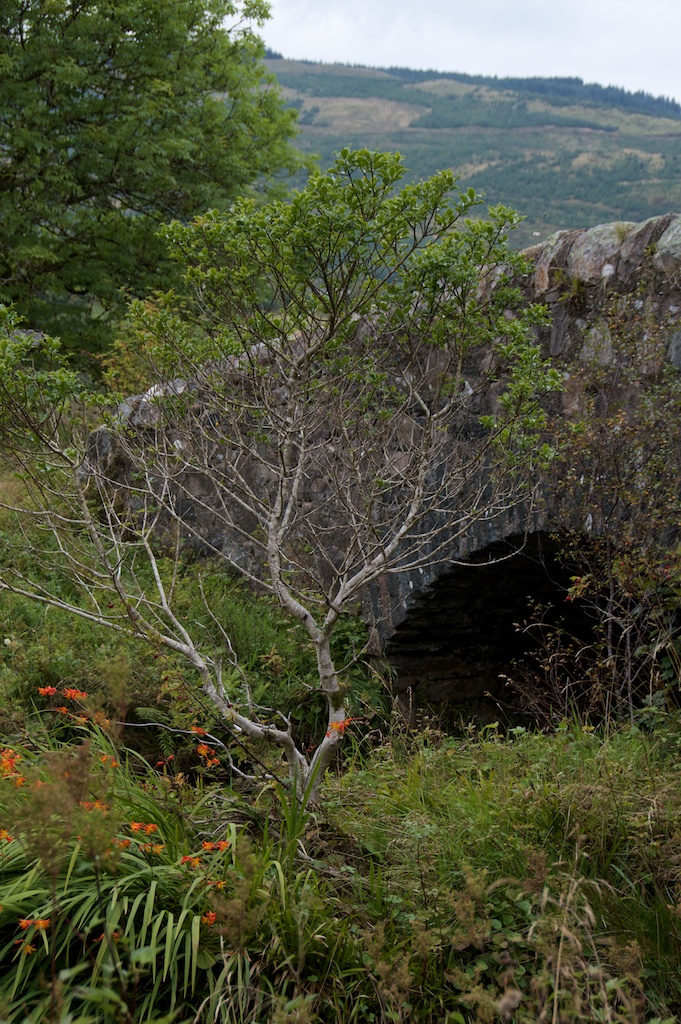 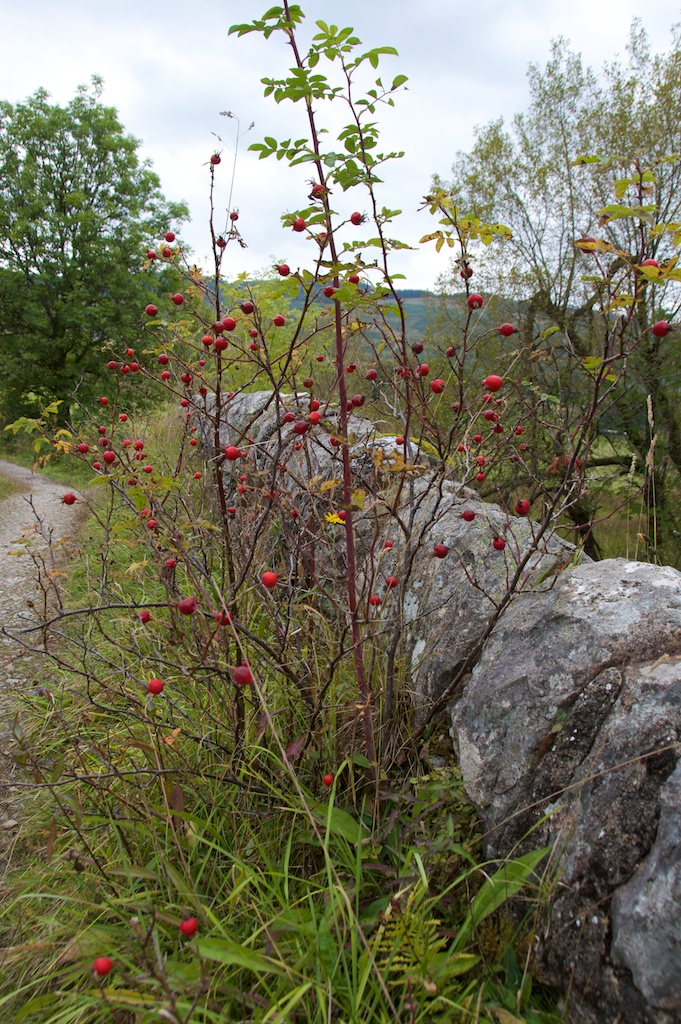 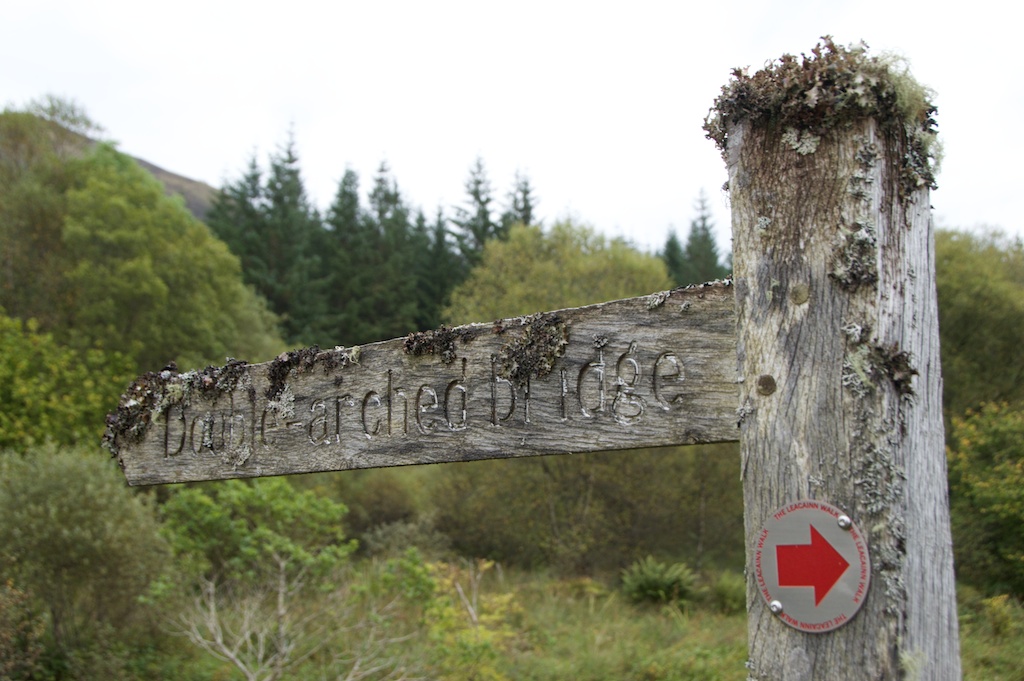 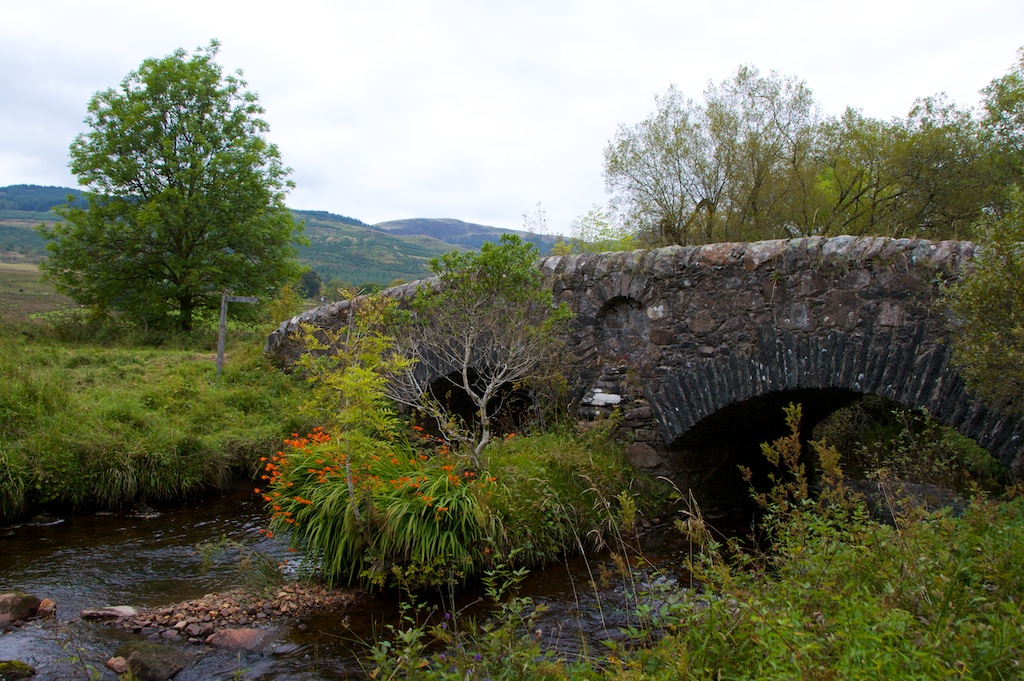