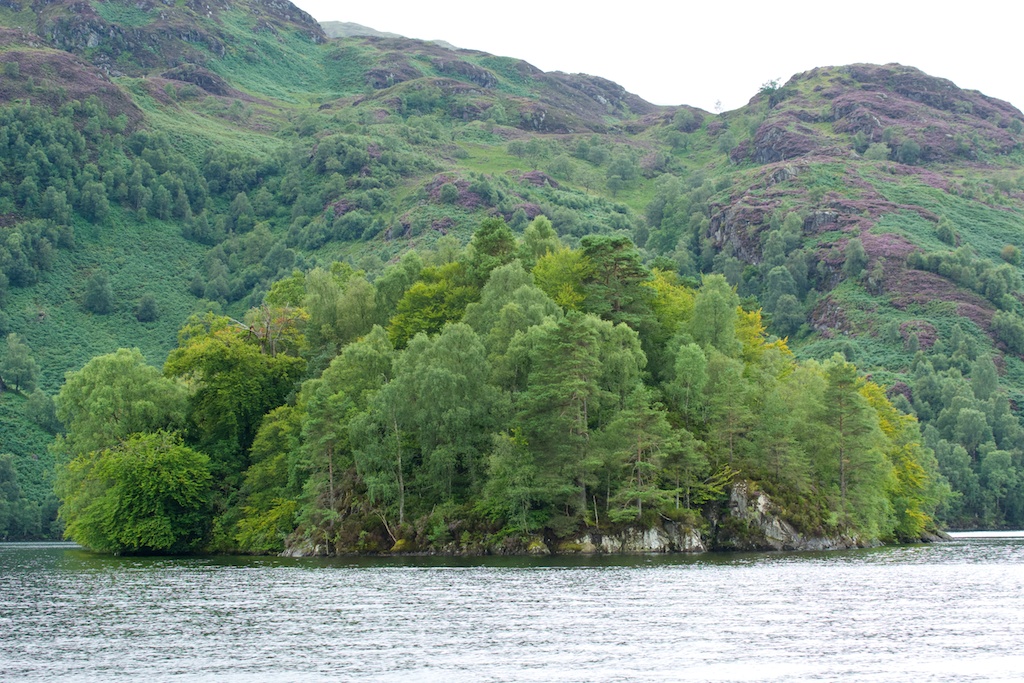 Ellen’s Isle, one of the islands of Loch Katrine, plays an important role in Sir Walter Scott’s ‘The Lady of the Lake’.    It’s also known as Eilean Molach, and appears to be a natural island despite its crannog-like shape.   Canmore, the database of the Royal Commission on Ancient & Historical Monuments of Scotland, says that it was a stronghold of the MacGregors in the mid-16th century, but adds that “the island is thickly wooded which may obscure any surviving buildings or fortifications.”

As for the word ‘molach’, one of its meanings in Gaelic appears to be ‘rugged’;  I also wonder if there may have been some connection with St Moloc or Moluag, a 6th century Irish missionary who founded a church on the island of Lismore in Argyll.   This is pure speculation, however.

Meanwhile, here are some photos of Loch Katrine, taken in late August, along with a few lines from ‘The Lady of the Lake‘.   Set in the 1500s, this is a tale of rebellion and intrigue, rivalry and romance;  its heroine, Ellen Douglas, is wooed by three suitors including Roderick Dhu, Chief of Clan Alpine.  She lives with her family on the wooded island in the loch.

Far up the lengthened lake were spied
Four darkening specks upon the tide,
That, slow enlarging on the view,
Four manned and massed barges grew,
And, bearing downwards from Glengyle,
Steered full upon the lonely isle;
The point of Brianchoil they passed,
And, to the windward as they cast,
Against the sun they gave to shine
The bold Sir Roderick’s bannered Pine.
Nearer and nearer as they bear,
Spears, pikes, and axes flash in air.
Now might you see the tartars brave,
And plaids and plumage dance and wave:
Now see the bonnets sink and rise,
As his tough oar the rower plies;
See, flashing at each sturdy stroke,
The wave ascending into smoke;
See the proud pipers on the bow,
And mark the gaudy streamers flow
From their loud chanters down, and sweep
The furrowed bosom of the deep,
As, rushing through the lake amain,
They plied the ancient Highland strain.

Canto Second, ‘The Island’ from ‘The Lady of the Lake‘ 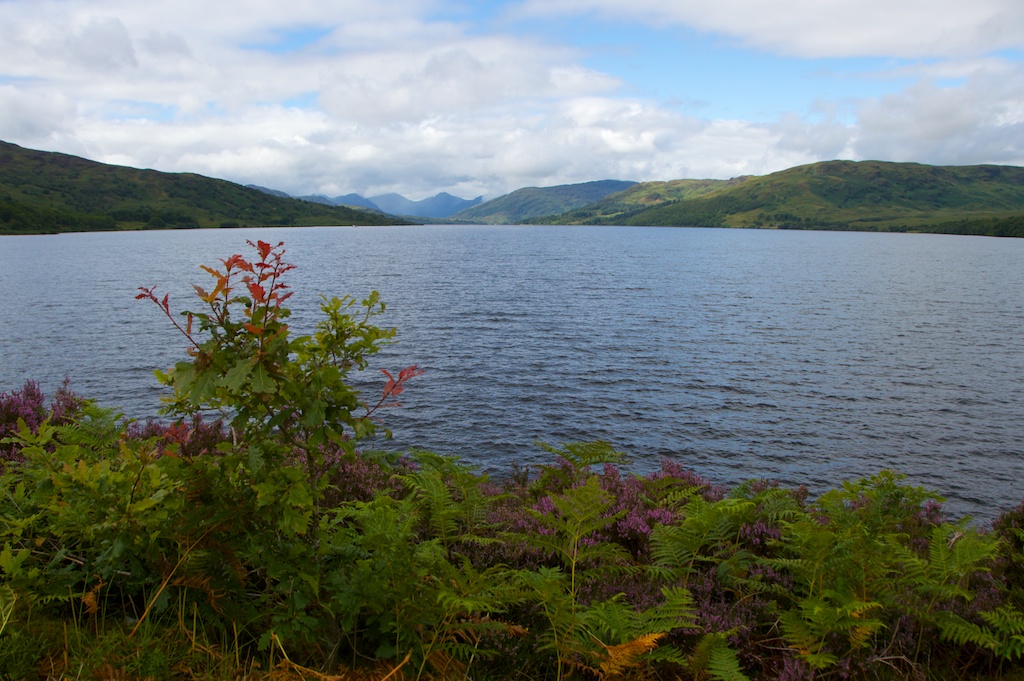 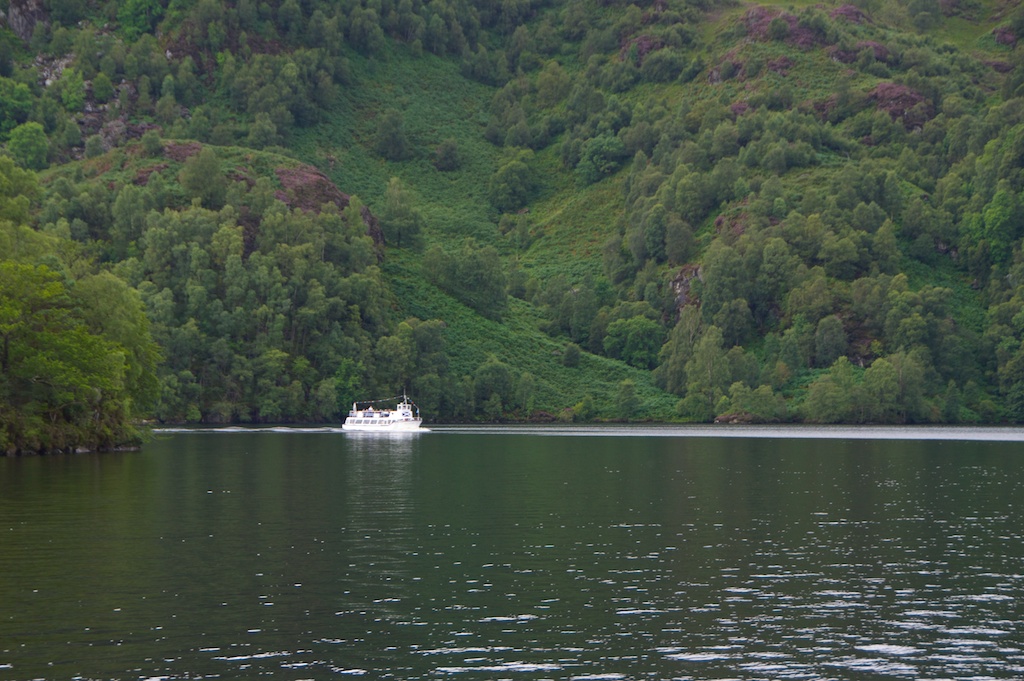 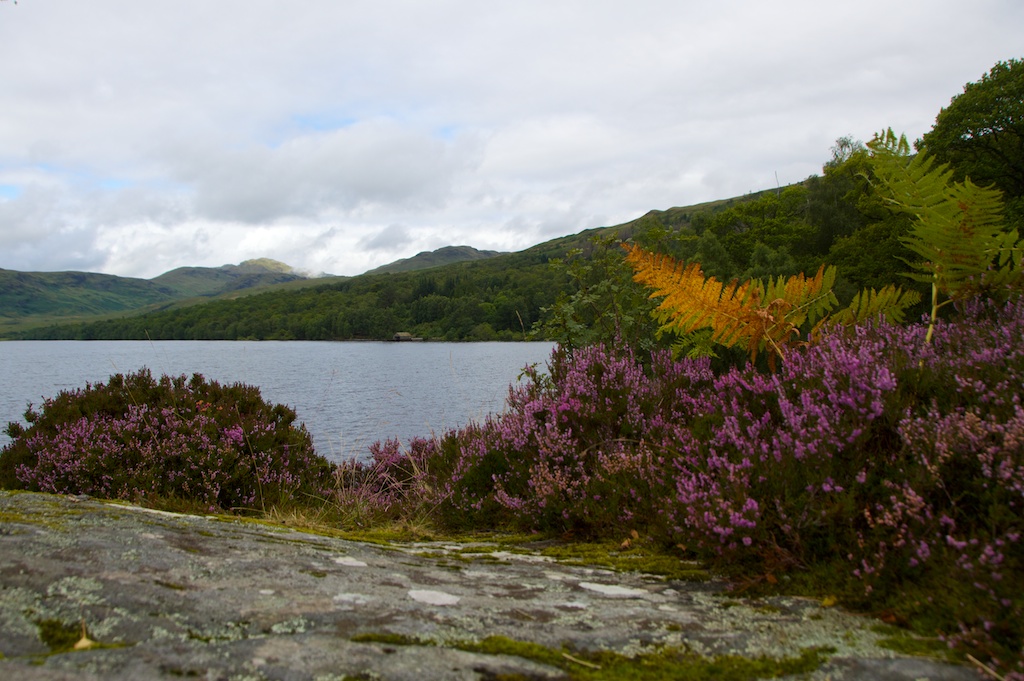 More information on visiting can be found at www.lochkatrine.com