On a visit to St Andrews, just by chance, we stepped through an archway and discovered the ancient quadrangle of St Mary’s College.  What a lovely place, and what a long history!

Ever since 1579, the lovely chambers and gardens of St Mary’s College in St Andrews have welcomed students of theology;    but the history of this place stretches back even further, to the founding of the university itself.

St Andrews is the oldest university in Scotland.  By the early 15th century it was already a highly respected centre for education and enlightenment, attracting learned men from all over the country.  In 1411 Bishop Wardlaw of St Andrews granted a charter to establish a university, and the institution of a society of Doctors, Masters and Scholars “organized against heresy” was confirmed by the anti-pope Benedict XIII. 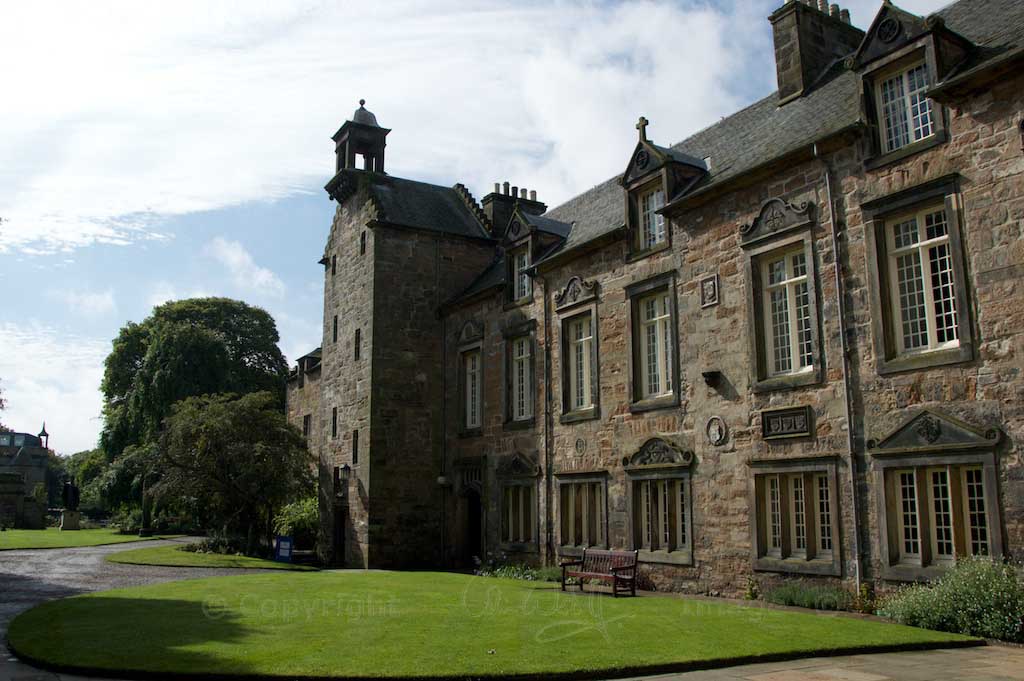 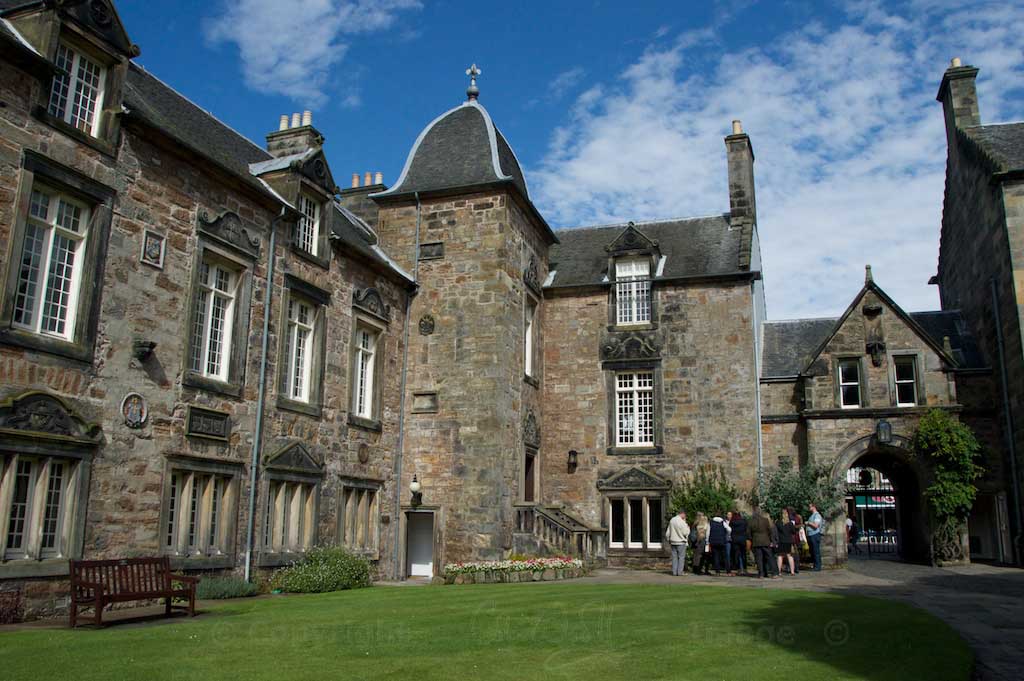 The first lectures took place in private homes, but in 1418, Robert of Montrose, the Prior of St Andrews, donated land for the building of a college which was dedicated to St John;  this is where St Mary’s College now stands.   Bishop Wardlaw added buildings to house a teaching faculty for the Arts, and these were known as the Pedagogy.   Other colleges soon took root alongside, among them St Salvator’s and St Leonard’s.

The University was already well over 100 years old when Archbishop James Beaton set up the “New College” on the site of St John’s in 1538, with the mission of providing instruction in “Theology, Canon and Civil Law, Physics, Medicine and other liberal disciplines”.   The oldest college building, which lies to the west of the present entrance, dates from 1539.   It wasn’t until the 19th century that the New College became known as St Mary’s.

The West Range and the Founder’s House were built by Archbishop John Hamilton in the mid-1500s.  The house has a rather precarious-looking belfry, and a stone over the doorway bears the much-weathered Hamilton coat of arms. 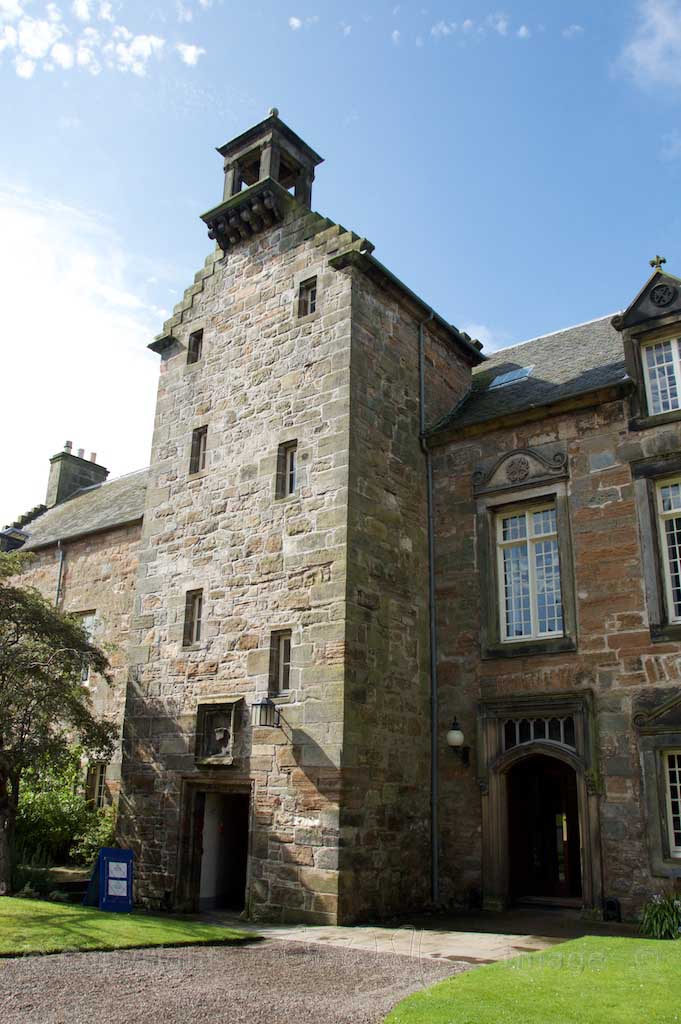 The sundial is dated 1664 and is inscribed ‘DWC’ for Dr Walter Comrie, a former Principal of the College.

By the entrance to the Founder’s House grows an aged hawthorn bush, said to have been planted by Mary, Queen of Scots in the 1560s.  Like all old retainers, it is leaning slightly and propped up with sturdy crutches, but it looks to be in good health and still bears fruit every autumn. 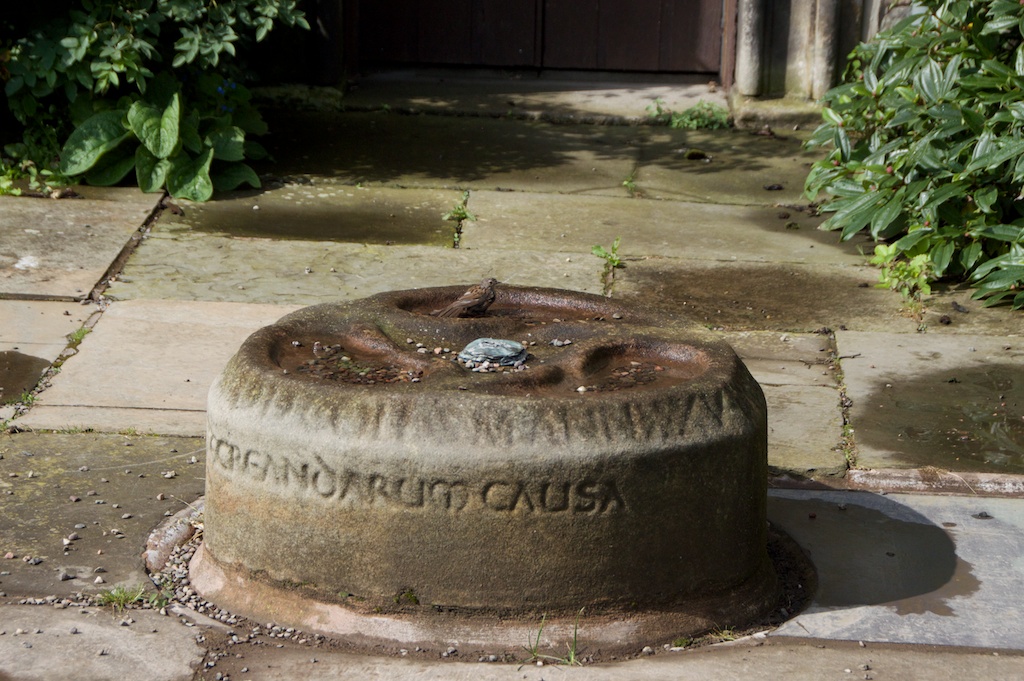 The stone bird bath was placed here by Muriel Duncan, the first woman lecturer at St Andrews, during the Great War.   On our visit, a hedge sparrow was taking an early morning dip.

To the north, The King James Library incorporates the remains of Bishop Wardlaw’s Pedagogy;   here, in the hall on the ground floor, the Scots Parliament was held in 1645.   The Library and Reading Room now house the books used for teaching Divinity.

A further range of buildings once made up the southern side of the square, but sadly this was destroyed by fire in 1727, and only an isolated gateway still stands.    In front of it is a recent statue of Bishop Wardlaw, his arms and crozier raised as he addresses an imaginary audience. 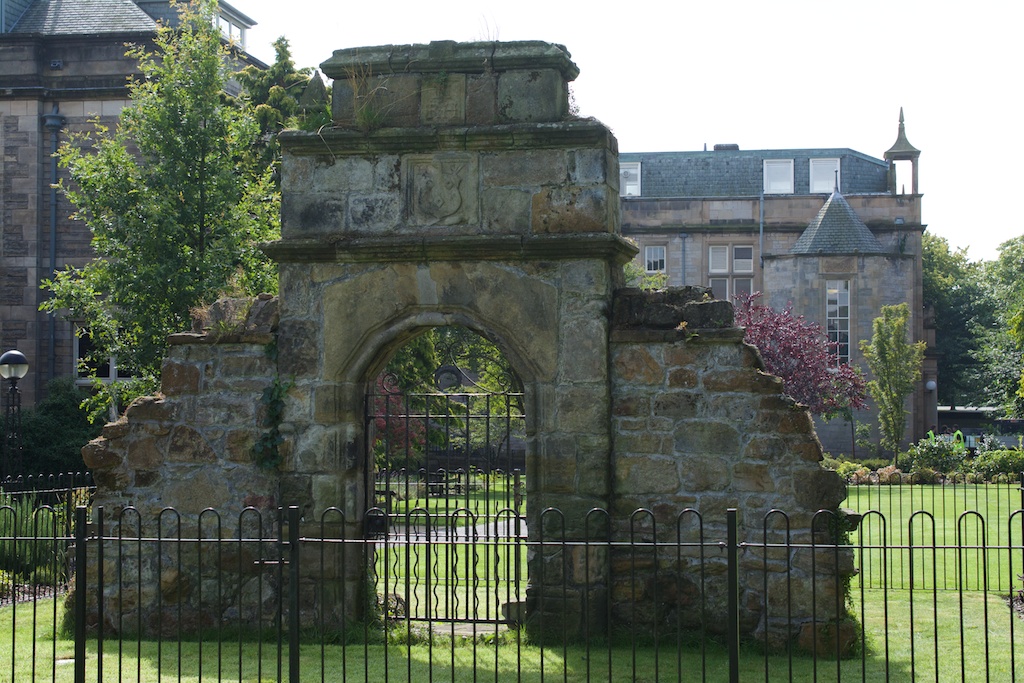 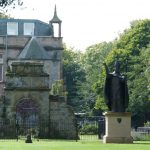 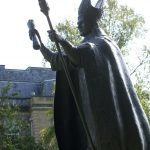 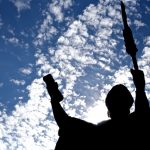 You can’t miss the massive Holm Oak (Quercus ilex) which stands in the centre of the quadrangle.   This species of evergreen oak, also known as the holly oak, was introduced into Britain in the late 16th century.   The specimen at St Mary’s was planted in the mid-1700s and it has grown to a great size, spreading a wide canopy of shade.   Its evergreen leaves that are waxy like those of a rhododendron, and it bears tiny little acorns. 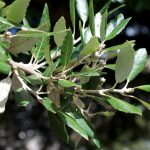 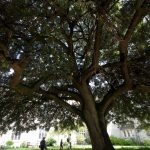 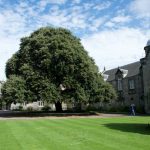 The teaching of theology and Biblical studies still continues in St Mary’s College to this day, reflecting the ancient links between the University town of St Andrews and the Church of Scotland.

I have only just discovered that St Andrews is a notorious hotbed of the paranormal.   After all, with these wonderful old buildings, how could it not be?    Watch out for my upcoming feature, in time for Hallowe’en!

Photo:  Archway into the Pends, a narrow street which was once the entrance to the monastery