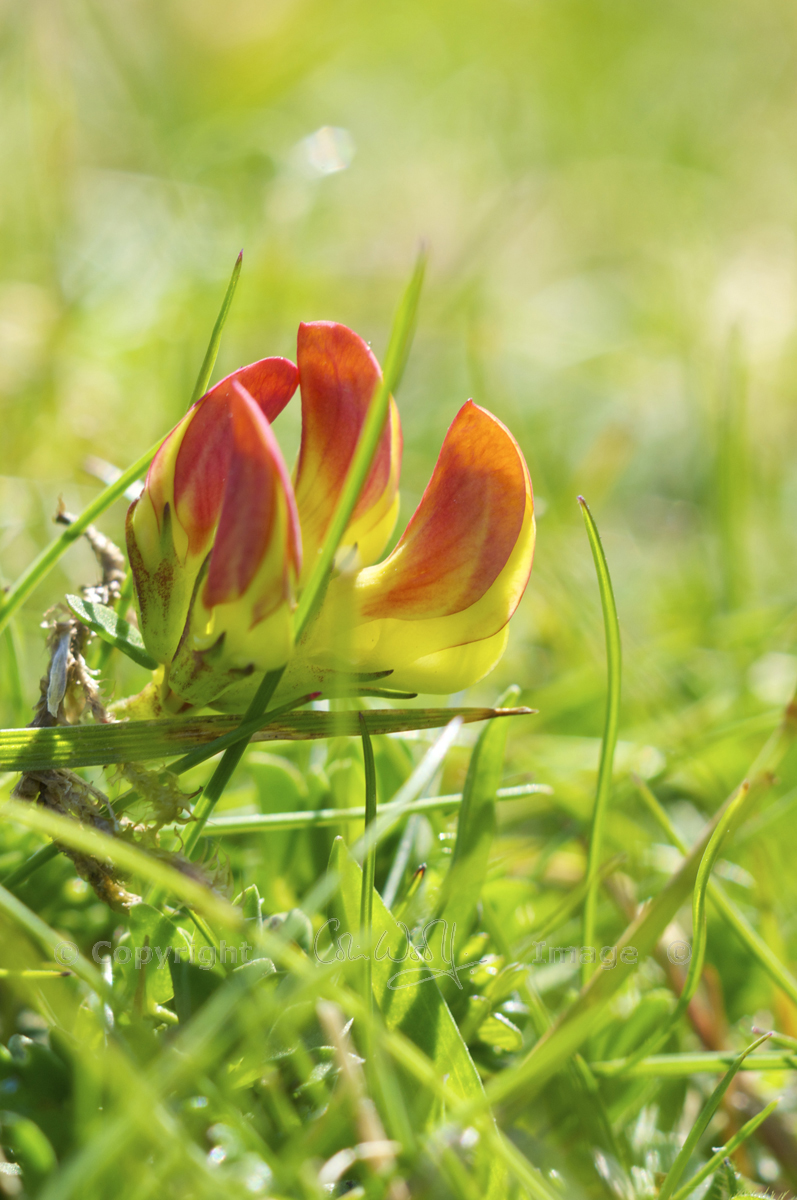 From May to September, the brilliant yellow flowers of Bird’s Foot Trefoil (Lotus corniculatus) light up the ground of meadows and heathland, coastal cliffs and sand dunes.

This isn’t a rare plant, but it’s beautiful.  Its buds are infused with bright orange, while the open flowers are pure sunshine yellow.  A member of the pea family, Bird’s Foot Trefoil gets its name from its seed pods, which are long, thin and brown, resembling birds’ feet. 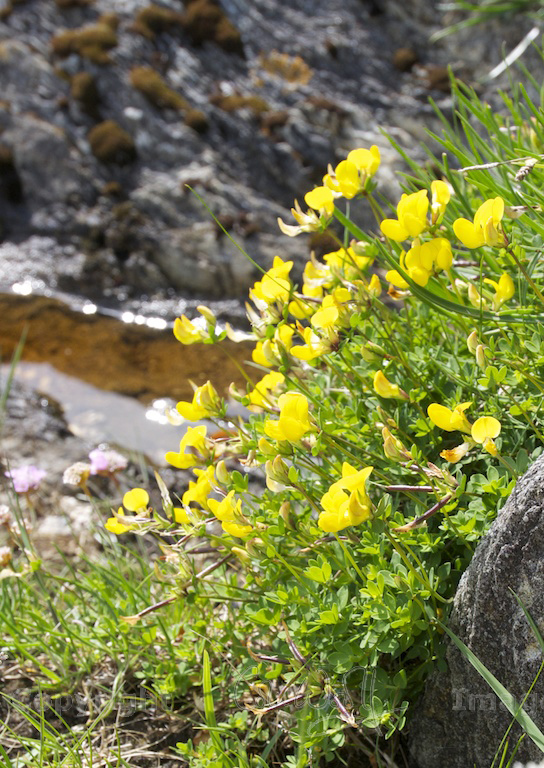 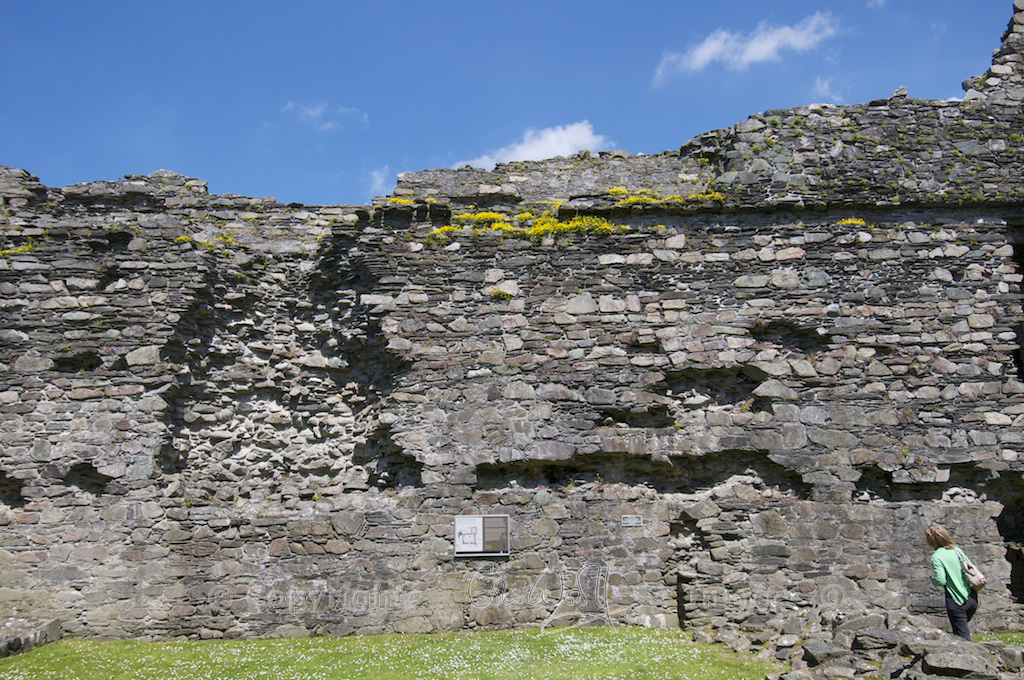 Bird’s foot trefoil growing in the walls of Castle Sween

‘Trefoil’ describes its upper leaves, which are in three parts, with two lower ones attached to the base of the stem.  In most cases it hugs the ground, but it can grow up to 12 inches in height if the surrounding vegetation is taller.

With over 70 common names, Bird’s Foot Trefoil seems to have been an abundant and familiar sight for many generations!  It has been called ‘Dutchman’s clogs’, ‘hen and chickens’, ‘bacon and eggs’ and ‘lady’s slippers’;   and its seed pods have given rise to alternative names such as ‘granny’s toenails‘ and ‘devil’s fingers’. 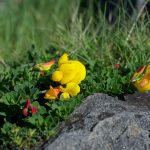 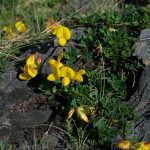 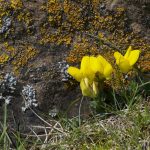 On midsummer night the flowers were traditionally woven into wreaths;  one source suggests that this was for protection, because its three-lobed leaves were reminiscent of the Holy Trinity, but such customs often go back further than the coming of Christianity.

An important source of nectar for bees, Bird’s Foot Trefoil also provides food for the caterpillars of several butterflies including the common blue, green hairstreak and dingy skipper.

Growing on a cutwater of the bridge at Inveraray, along with fairy foxgloves

Bird’s Foot Trefoil is widespread in the UK, and it is also found throughout mainland Europe, as well as Asia, Africa, and parts of the tropics.  In the US, where it is known as Birdfoot Deervetch, it was introduced as a fodder plant for farm animals.  The fresh flowers and leaves contain low doses of toxins, but these have been shown to improve digestion and stimulate respiration.  Its flowers were once used as a dye for wool and cotton fabrics.

I love seeing this pretty flower, and for me it’s associated with the wild shores of western Scotland, where the rocky outcrops run down to the sea.

On the shore of Loch Sween

Fairy foxgloves on the Isle of Lismore