The field gentian (Gentianella campestris) blooms from June to October, with bluish-purple flowers that can also display shades of white, pink or lilac. 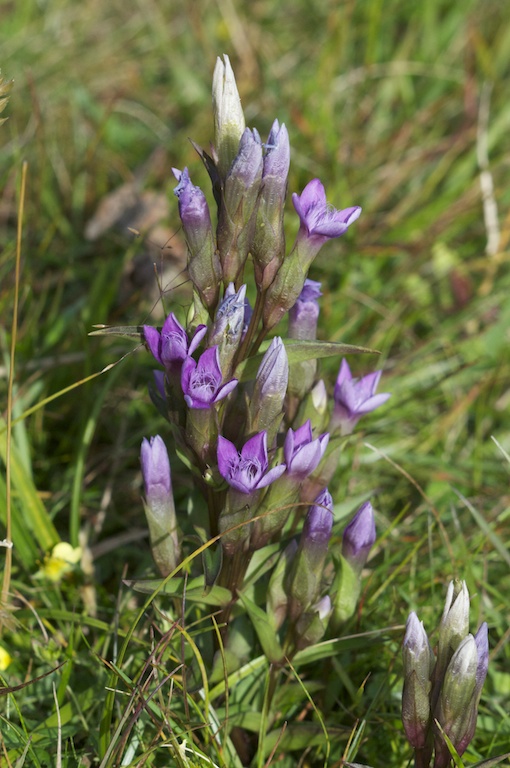 The plant has erect stems, branched at the base, and the flowers measure up to 1.2 inches across with four petals and four sepals.  They are reluctant to open except in bright sun.

Preferring the neutral or acid soils of alpine meadows, forest clearings and pastures, the field gentian is usually found at an altitude of 3,300 to 7,500 feet above sea level.

The gentian’s name is attributed to Gentius, who was King of Illyria in the Balkans during the 2nd century BC. Gentius apparently discovered that the plant had medicinal properties, particularly as an antidote to venom.  Preparations made from gentian root were used to cure many ailments from ancient times right through to the 19th century.

These particular field gentians were photographed in August, next to a remote track in the Grampians.