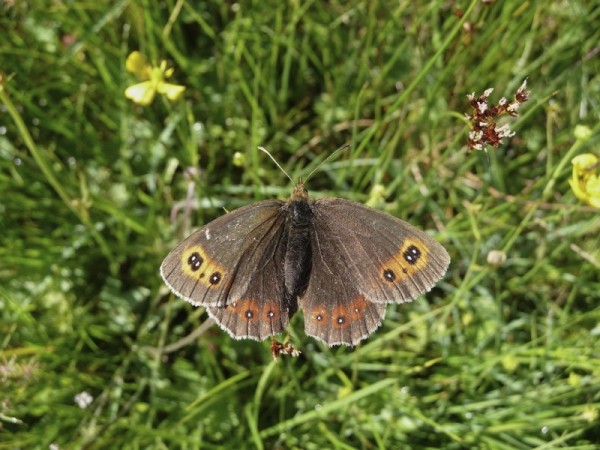 The Scotch Argus (Erebia aethiops) is resident and widespread throughout most of Scotland, where it prefers damp grassland.  It’s found in mountainous areas throughout Europe, but it is in decline in England, being found in only two locations in Cumbria.

We saw these Scotch Argus butterflies flying around the verges of a minor road in Kintyre, in August 2010.  They were almost impossible to photograph, floating low over the scabious flowers and alighting only for a brief second.

Their food plant is Purple Moor-grass, and their main flight period is during July and August.  According to British Butterflies, the males are more active than the females, who prefer to spend most of their time basking.

Lovely habitat, plenty of food, relaxing lifestyle – that’s the way to go!  Unless, of course, you happen to get eaten by a merlin or a meadow pipit.