The Belt of Venus, or anti-twilight arch, is a dusky pink band that is often visible in the sky directly opposite the sunset.  Above it, the sky is still lit by the setting sun, but below it the sky is much darker – sometimes a rich indigo blue – and this is because it’s already in the Earth’s shadow.

There’s a good explanation of this on the website Atmospheric Optics.  The pink hue is caused by the scattering of red light at sunset (the same effect is also visible at sunrise).

We’ve seen the Belt of Venus many times, but the most memorable occasion was in October 2010, while we were returning from a walk around Loch Leven.  The full moon was rising above the hills to the north-east, and big flocks of geese were feeding in the fields, with more skeins arriving as we watched.

As the moon rose further above the hills, the Earth’s shadow beneath it became more extensive;  there was an ice halo around the moon, and the effect was just mesmerising. 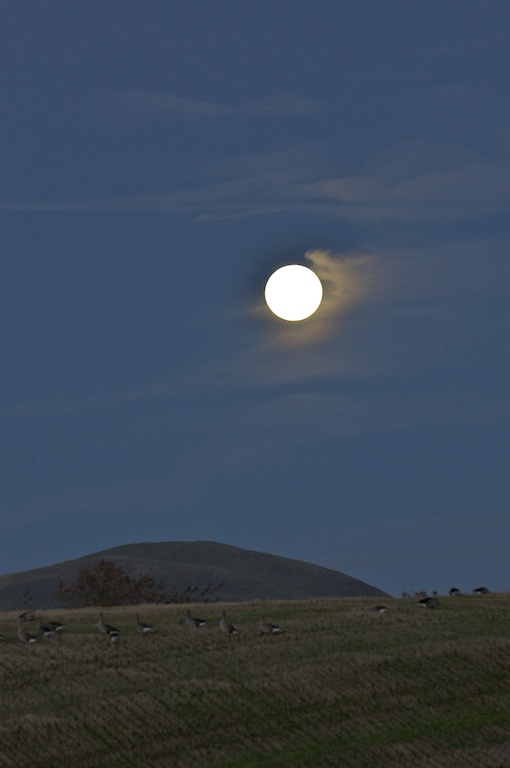